Hit enter to search or ESC to close

Camacho Commercial is proud to have completed transactions with the following Companies:

The GPI Companies was founded by Cliff Goldstein and Drew Planting (the “Managing Principals”), two former senior partners of the J.H. Snyder Company, one of California’s leading commercial real estate developers. At J.H. Snyder, they were responsible for acquiring and developing over $1.5 billion in commercial real estate assets. Investors in these projects included firms such as Lubert-Adler, AIG Sun America, Perry Capital, Colony Capital, and the Praedium Group.

Founded by Peter Bren and Charles J. Schreiber, Jr. in 1992, KBS is one of the nation’s preeminent buyers of commercial real estate and structured debt investments, having completed approximately $20.0 billion in transactional volume since its inception. In April 2011, KBS was ranked by Commercial Property Executive as the largest office real estate investor in the nation. KBS has a strong reputation in the industry for efficient and timely closing on large and complex transactions in the office, industrial, multifamily and retail sectors. KBS also originates and acquires debt positions collateralized by stabilized and value-added properties.

KTR Capital Partners is a private equity firm that was established in November 2004 to continue the highly successful real estate investment activities of Keystone Property Trust (formerly NYSE: KTR).  Since December 1997, the KTR Team has completed nearly $2 billion of acquisitions and development.

Virgin Produced is the film and development, packaging, and production company announced in 2010 by the Sir Richard Branson’s Virgin Group and led by Chief Executive Office Jason Felts and Chief Officer Justin Berfield.  Based in Los Angeles, Virgin Produced looks to break the mould of Old Hollywood by providing a collaborative environment that embraces takes so they can best create and inspire.

Virgin is the one of the world’s most recognized and respected brands.  Conceived in 1970 by Sir Richard Branson, the Virgin Group has gone to grow very successful businesses in sectors ranging from transportation, travel, mobile phones, media, financial services, music, and fitness.  Virgin believes in making a difference.  Virgin stands for value for money, quality, innovation, fun, and a sense of competitive challenge.

The home of Gibson electric guitars today is “Gibuson USA,” built in 1974 in Nashville specifically for the production of Gibson’s Les Paul guitars.  Although the entire guitar industry went through a slump in the late ’70s, the spirit of innovation remained strong at Gibson.

Gibson world headquarters moved to Nashville in 1984 with the closing of the Kalamazoo plant.  The financially troubled company was rescued in January 1986 by Henry Juszkiewicz and David Berryman, and the new owners quickly restored Gibson’s reputation for quality as well as its profitability.

TrueCar, Inc. is an automotive pricing and information website for new and used car buyers and dealers. The company gives buyers information on what others have paid for cars, upfront pricing, and a network of TrueCar dealers.

Tracy Edmonds, a 15-year veteran of the entertainment industry, has established herself as an award-winning producer, savvy business mogul and accomplished studio executive.  She has created and produced groundbreaking projects for television, music, and film both independently and with major studios.  She currently serves as the CEO of her own production company, Edmonds Entertainment, and COO and President of Our Stories Films where she oversees the development and production of projects for urban audiences.

Cross Creek Pictures is an independent film production and finance company formed by the Thompson family, private business investors out of Louisiana.  The company with offices in Los Angeles, Memphis, Houston, and New Orleans will produce and co-finance three to five motion pictures per year with budgets ranging from $5 million to $60 million.

Sensis is a precision advertising agency using digital thinking to reach the multi-cultural mainstream.   With media now split among multiple audiences, interests, and devices, multi-cultural is the new normal-and reaching individuals is a greater challenge than ever before.

RLI is a specialty insurance company that has been successful for over 45 years.  Ours is a diversified portfolio of property and casualty coverages and surety bonds serving “nice” or underserved markets.

Willis Group Holdings is a global insurance broker headquartered in Willis Building, London, United Kingdom.  It has more than 400 offices in 120 countries, and approximately 17,000 employees.  As of June 2010, the company had the third-highest insurance brokerage revenues in the world.

For more than 125 years, the Chubb Group of Insurance Companies has been delivering exceptional property and casualty insurance products and services to businesses and individuals around the world.

Lubert-Adler is a real estate investment company co-founded by Ira Lubert and Dean Adler in March 1997.  Messrs.  Lubert and Adler collectively have over 50 years of experience in underwriting, acquiring, repositioning, refinancing, and exiting real estate assets.

CPEhr is one of the largest, and oldest, privately-held HR Outsourcing and PEO firms in the nation.

The Walt Disney Company’s objective is to be one of the world’s leading producers and providers of entertainment and information, using its portfolio of brands to differentiate its content, services, and consumer products.

One of Asia’s leading financial services groups and one of the largest financial institutions in the combined Singapore-Malaysia market with total assets of $224 billion.

A place where fresh, innovative food is served up with unsurpassed quality and consistency by passionate employees.

The University of Southern California is one of the world’s leading private research universities, located in the heart of Los Angeles.

The Los Angeles County Medical Association is a professional association representing physicians from every medical specialty and practice setting as well as medical students, interns, and residents.  For more than 100 years, LACMA has been at the foe forefront of current medicine, ensuring that its members are represented in the areas of public policy, government relations, and community relations.

Private Health Management receives the finest preventative, diagnostic, therapeutic, and emergency care from the very best medical professionals and facilities in the world.  Private Health operates globally, providing excellence in comprehensive care to patients in the Americas, Europe, the Middle East, and Asia.

Excellence in surgical hair restoration is our mission.  Utilizing the most advanced surgical techniques combined with the latest thinking on aesthetic density, we consistently perform exceptional, natural appearing hair transplantation.

Dr. Marc Mani is a well-known Beverly Hills plastic surgeon and is Certified by the American Board of Plastic Surgery.

Owner of the Laser Institute for Dermatology and European Skin Care in Santa Monica and the AVA MD Med Spa in Beverly Hills, Dr. Ava Shamban is a Board Certified Dermatologist with over twenty years of experience treating skin.  She was the featured dermatologist on ABC Television’s “Extreme Makeover.”

Dr. Mary Lee Amerian has been named in LA Magazine’s list of top dermatologists in Los Angeles.  She was also voted by her peers as one of the “Best Doctors in America” consecutively since 1996.

Anastasia Soare has dedicated a lifetime to the pursuit of balanced natural beauty.  She has combined both her methods and expertise in a beauty regimen, and product line that creates the perfect face.

The California Ambulatory Surgery Association (CASA) is a proactive leader in the Ambulatory Surgery industry, and will advance communication and education, appropriate legislative and regulatory actions and continue the enhancement of industry excellence to embrace the challenges of the 21st Century.

Reliable Graphics is one of the largest reprographics firms in California with over 175 employees, ten locations, and a large radio dispatched fleet.

RentPayment is the technology solution partner for thousands of property management companies nationwide.

Iventa offers one of the most advanced, powerful, and flexible subscription and membership management systems available on the internet today…

Atlantis Events is the world’s largest producer of gay and lesbian cruises and resort vacations, hosting over 25,000 guests from around the world.

Village Lighthouse, Inc. is one of the most diverse gay and lesbian consumer products companies in the marketplace.  Based in Los Angeles, California, Village Lighthouse is a sales-focused company employing men and women from both the gay and non-gay communities.

Sprint Nextel offers a comprehensive range of wireless and wireline communications services bringing the freedom of mobility to consumers, businesses, and government uses.

Revolver Entertainment, one of the leading independents, is a multi-award winning, marketing-led, all rights film distributor that continues to shake up the industry with a unique, innovate approach to managing releases.  The Company has operations in both London and Los Angeles.

One-on-one service.  Combining the familiarity of an in-house PR team with the professionalism of a large agency, Illume works side-by-side with Clients to strategize and execute with unparalleled focus.

Jerry Leiber & Mike Stoller have been writing songs together for nearly sixty years, creating enduring classics in a variety of genres including Rhythm & Blues, Pop, Jazz, Cabaret, and most notably Rock & Roll.

Get in touch with us today for more details. 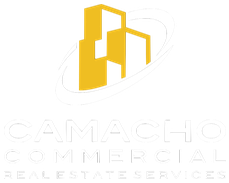